City commissioners approved three ordinances and a resolution clearing the way for the proposed mixed-use project that will replace the existing Holiday Inn on US-1 and includes an apartment building and hotel, along with commercial and open spaces.

At Friday’s meeting the commission agreed to a modified plan — part of which was presented at a meeting Tuesday night where there was no vote — that reduced the height of the project. The apartment building will drop to 112 feet after early proposals of more than 150 feet, and the hotel building will decrease to a height of 126 feet from a previous proposal of 142 feet.

The City Commission voted 4-1 to allow for a land-use map change, from low-rise intensity to mixed-use development, and a zoning amendment removing site specific regulations only for the Paseo project. Commissioner Jeannett Slesnick voted against both items as they were legislative changes. 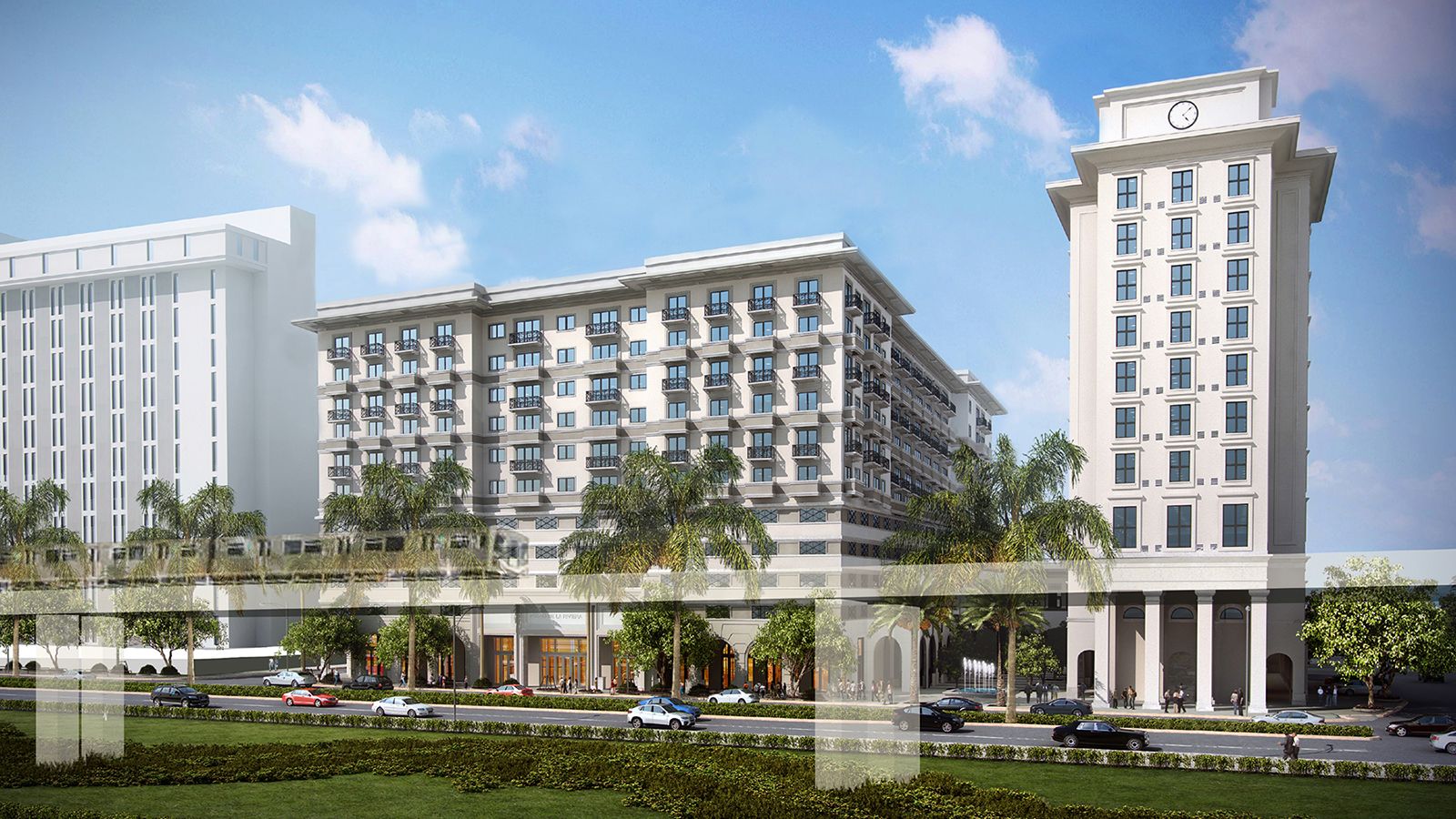 “We are delighted, we are thrilled, we are humbled and we are so appreciative of the city’s thoughtful, caring and courageous endorsement of this exemplary project,” Bass said.

The Paseo de la Riviera project will add to a series of new developments and renovations across the city including the Mediterranean Village project and the Miracle Mile/Giralda Avenue Streetscape project.

The approval comes after months of discussions including multiple planning and zoning board meetings during the summer months and meetings among neighbors, the developers, staff and commissioners.

“We put everyone through the wringer, the developers, the neighbors, because we really wanted to vet it as much as possible,” said Vice Mayor Frank Quesada.