Just off a protected beach on Costa Rica’s Pacific Coast, the year-old Casa Chameleon, an adults-only hotel, sits high on a ridge overlooking a small town. One morning last spring, while the honeymooners were still sleeping, I returned to my villa from snorkeling in the bay to find my “house mama” cutting fruit. “Eggs?” she asked as she poured me coffee. I took my cup out onto the terrace and barely had time to turn on the ceiling fan before she came out with an omelet and pitcher of just-squeezed orange juice.

Everyone’s looking for that ideal beach town, a place to escape the daily assault, maybe to surf or meditate and eat a crispy fish taco under a palm or just fall into a lazy routine. It’s a quest that has transformed coastlines from Mexico to Portugal, turning sleepy villages into jet-set playgrounds or sanctuaries of a better way of life. It’s a quest that led Charles Brewer, the founder of the internet service provider Mindspring Enterprises, to build his own seaside Shangri-La. Not a resort, exactly, but a resort town where tourists could check into a boutique hotel, rent an airy villa or pull up stakes altogether and buy one of the homes to live in year round. 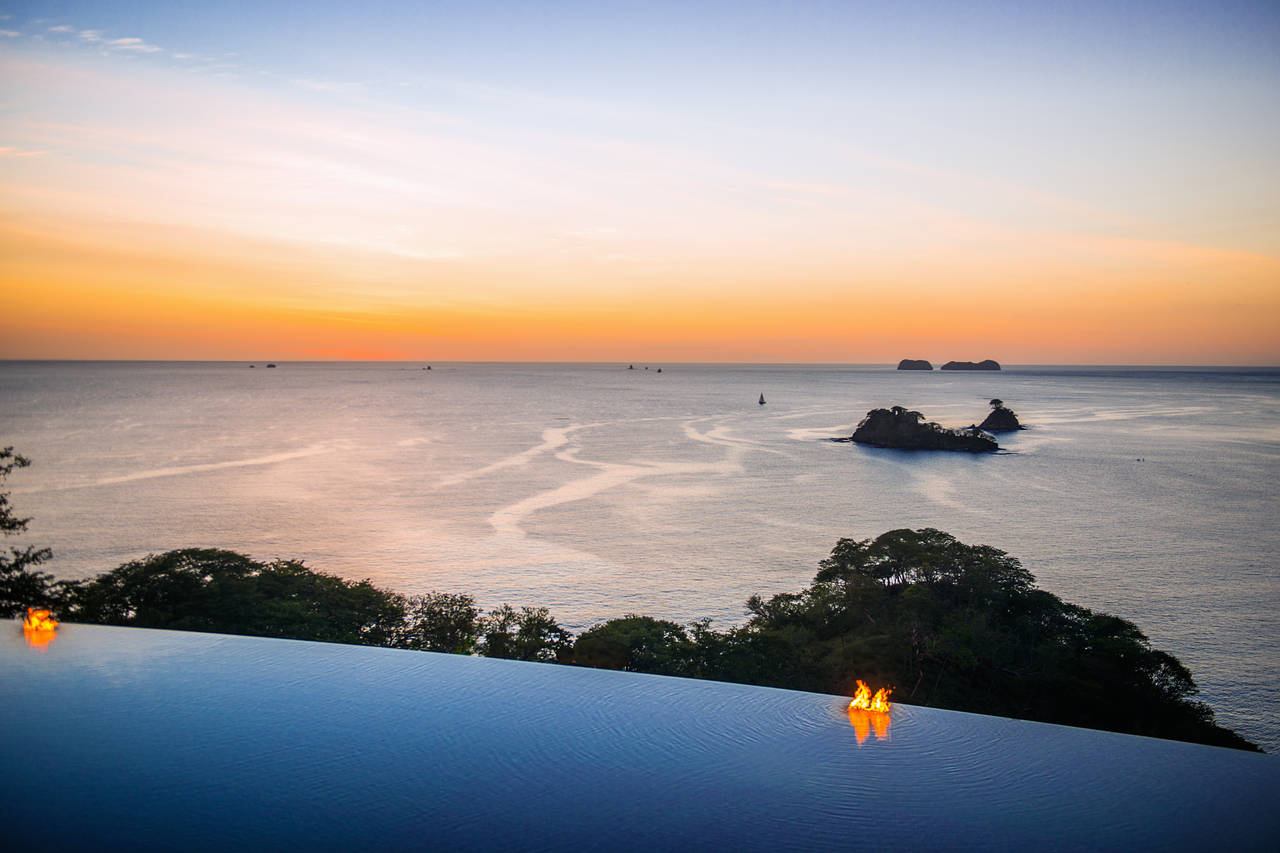 Mr. Brewer says his vision was based on principles of new urbanism: green, dense, sustainable, with a sense of place. Las Catalinas would have no gate, no cars and no hard barrier between the local community and the expats and second-home buyers who would eventually bring it to life. “We set out to create a lively walkable gem of a town, surrounded by beautiful nature on land and at sea,” said Mr. Brewer, the managing partner of Las Catalinas. The master plan involved developing 200 acres, modeled after pedestrian hill towns in Europe, and the restoration of another 1,000 acres of tropical dry forest.

In 2006, Mr. Brewer persuaded a group of German investors to sell him this swath of land in the northwestern province of Guanacaste that they’d owned for 30 years. He had his dream, yet “building a town is not so easy,” he said. There were some major hiccups (like the recession) but by 2011, the first houses were built. Today, 5,000 trees have been planted, 62 residences completed (a handful permanently occupied; most rentable), two restaurants opened and a tradition or two established (an annual triathlon is held every February).

I wasn’t sure what to expect. Would Las Catalinas resemble a holiday town like Seaside, Florida with its registered trademark and marketing slogan (Seaside ® A simple, beautiful life) or maybe a conservation-minded settlement like South Carolina’s Palmetto Bluff, with its neo-antebellum manses? Before I laid eyes on the property, I was dubious: It seemed like someone’s idea of Utopia carved out of a patch of the Costa Rican coast, expediently designed for ecotourists and Four Seasons resorters alike. It felt like a soundstage for the good life, missing only the sign that hangs in Ted Danson’s office on the heaven-themed TV show, “The Good Place”: Welcome!—Everything is Fine.”

But when I went last year, I found a plausible town—a place that has been in development for a little more than 10 years yet seemed to have been there much longer. It had the air of a sloping old Spanish enclave. Pebble-lined gutters run along curving alleyways; steep stone stairs lead up to little plazas; red-tiled roofs of nicely weather-beaten houses, placed cheek-by-jowl, shield private pools and porches; heavy wooden doors creak and flora climb and hang everywhere. 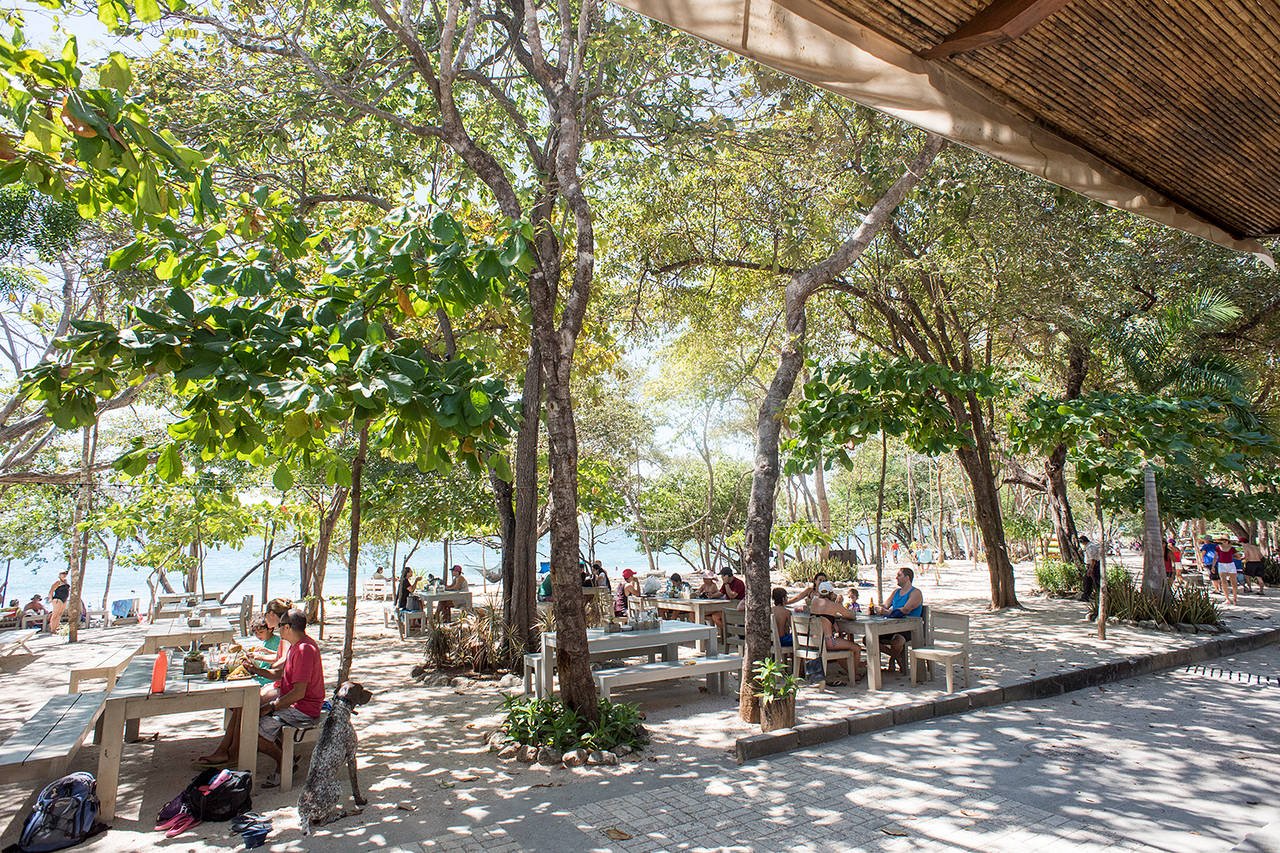 There’s a nice small town vibe. The local guy who make your excellent cafe con leche at the Pura Vida coffee shop (which doubles as HQ for biking expeditions and snorkeling gear) is the same person who helps you launch your sea kayak over the waves breaking on the beach a few feet away. Yes, that is a trio of howler monkeys lollygagging in the trees overhead. And the big group of enviably fit friends—the women in straw hats and small, mismatched bikinis, toddlers in tow—having a late lunch of ceviches and beer at Limonada, the restaurant in the sand below? Costa Rican day-trippers from the country’s interior.

Unlike plenty of luxuriously cloistered resorts around the world where the natives only come through the security gates to work, Las Catalinas aims to integrate different elements into one community. Hiking along one of many miles of trails blazed and maintained for runners, hikers and bikers, I happened upon a group of Costa Rican school children learning about botany on a hilltop overlooking the sea. Back down below, six American girlfriends on a yoga retreat wended their way along the flagstone Paseo del Mar to the Beach Club, a tile-floored restaurant with two pools and an array of chaises, for cocktails.

One evening when I was having a margarita on the Beach Club terrace, I met Ernst Van Der Poll, a transplanted South African. He set up operations for Connect Ocean Aquatic Academy and Dive Center down here, to take tourists scuba diving, yes, but also to cultivate environmental awareness in local young people and use the sport to rehab war veterans, empower cancer patients, and liberate what he calls the “differently abled.” (A couple came down to dive with him after they were injured in the Boston Marathon bombing.) 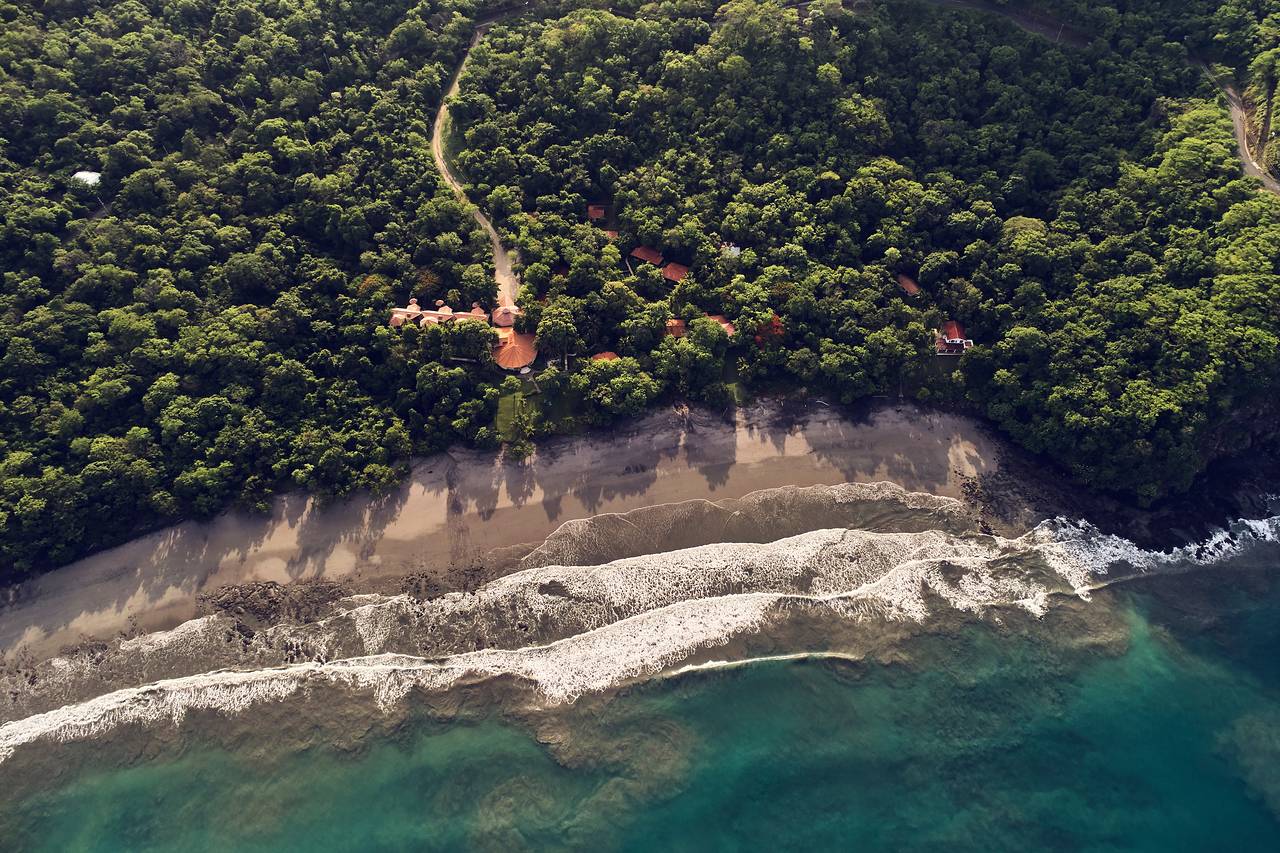 Up the hill, beyond the completed part of town, construction was under way with workers crawling around buildings in progress, in the blazing sun. A 45-room hotel and 54 more flats and houses are expected by the end of 2018. In a hivelike workshop up the road beyond Casa Chameleon, Las Catalinas staff (some from neighboring Nicaragua) built cabinets, baked tiles, and finished wood to the specs of buyers (29 sales worth $14.9 million in 2017).

Las Catalinas is still a work in progress. Families from Washington, D.C., Texas and Vancouver have moved in full time.

One woman from San Francisco relocated here with her husband—a banker who can work remotely—and one of her daughters. She’s part owner of the Wake Day Spa, one of the new businesses that have recently opened up behind Plaza Central, the main building that serves as the point of entry for residents and visitors alike.

On my last day, after ogling a few of the one-bedroom flats for sale, I ambled down to the beach—a short walk from everywhere—to look for Howler monkeys. A man in flip-flops, sitting at a picnic table under an umbrella, pecked away at his laptop. “Do you live here?” I asked. “As often as I can,” he said.